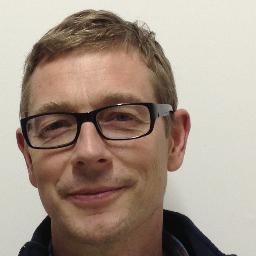 Phil Macnaghten is Personal Professor of Technology and International Development at the Knowledge, Technology and Innovation (KTI) Group at Wageningen University. He has worked in the science in society field since the mid-1990s on a series of science and technology controversies, notably: GM food and crops, transgenic animals, nanotechnologies, synthetic biology, geoengineering and hydraulic fracking. He has developed in-depth qualitative methodologies for researching controversial technologies which, in turn, have informed the development of the Owen/Macnaghten Responsible Innovation framework which is being implemented across the portfolio of one of the UK research councils, the Engineering and Physical Science Research Council. He has coordinated significant government and industry funded projects that include the European DEEPEN project (Deepening Ethical Engagement and Participation in Emerging Nanotechnologies) (European Commission: 2006–2009), a project aimed at developing a framework for responsible innovation for the UK research councils (EPSRC and ESRC: 2011–12; with Richard Owen) and a comparative project aimed at understanding the factors that shape the acceptance, use and resistance to GM crops in Brazil, Mexico and India (John Templeton Foundation: 2012–2014). Prior to joining Wageningen University in 2015, Phil was an honorary professor at the University of Campinas (Brazil) (2012–2015), Founding Director of Durham University’s Institute of Hazard and Risk Research (2006-2008) and Professor of Geography at Durham University (2006–2015). 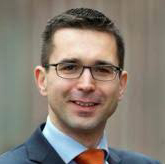 Franck L.B. Meijboom studied ethics and theology at the Universities of Utrecht (NL) and Aberdeen (UK). As Associate Professor, he is affiliated to the Ethics Institute of Utrecht University and to the Faculty of Veterinary Medicine of Utrecht University. Additionally, he is head of the Centre for Sustainable Animal Stewardship (CenSAS), which is a joint initiative of Utrecht University and Wageningen University and Research to bridge science and society to encourage a sustainable and responsible relationship between humans and animals. His fields of interest are in ethics of animal use, veterinary ethics, agricultural and food ethics, and the role of public trust and debate in these domains. As a researcher and project leader, he has been involved in national and European funded research concerning topics such as the ethics of animal welfare and questions of moral status, ethics of animal research, the ethics of livestock farming, foundations for prevention and control of animal diseases, and ethical aspects of the use of genomics for sustainable animal breeding. Additionally, he is member of the Council for Animal Affairs, chair and member of a number of ethics committees in the agri-food and veterinary sector, the European Editor of the Journal for Agricultural and Environmental Ethics, and the Vice President of the European Society for Agricultural and Food Ethics (EurSafe).

Senna Middelveld is a postdoctoral researcher on this project with a background in social sciences. She wrote a PhD dissertation at the university of Aberdeen on how Scotish farmers deal with sheep scab regulation in practice.

Hans Bouwmeester is part time (20%) special associate professor “Advanced in vitro models” at WU, and part time (80%) senior scientist at RIKILT-WUR. He is a recognized expert in nanotoxicology and advanced in vitro models. (Co)-author of over 40 peer-reviewed papers, in i.e. ACSnano and nanotoxicology. In 2014 he was awarded a NWO-PTA Coast gut-on-a-chip project. In 2016 he was awarded the BBOL microgut project and a project in the NWO startimpuls NWA Quantum/nanorevolutie. He combines in vitro models for the human digestion and gut epithelium for uptake studies and uses state-of-the- art toxico-genomic and bioinformatics approaches for effect analysis. He is participating in several EU FP7 and H2020 projects where he applies advanced in vitro models for bioavailability and effect studies. He is TKI agri&food regisseur chemical food safety studies.

Mario Calus is Associate Professor at Wageningen University & Research Animal Breeding and Genomics. He has fifteen years of experience in the scientific development of genomic prediction and selection, and development of software and its implementation in collaboration with the breeding industry, in particular with the industrial partners of Breed4Food. Within Breed4Food, he coordinates the research related to the theme “Utilizing DNA information”. He is also actively involved in several Horizon2020 projects, including GenTORE, GENE-SWitCH, and GEroNIMO. Mario Calus is a Senior Editor for the journal GENETICS, section Complex Traits, and associate editor for the journal Genetics Selection Evolution.